Yesterday’s Soldier is a Vietnam War memoir of a different flavor. Packed into this book is the story of a young man’s coming of age in troubled times. The author spent five years studying for the priesthood in a religious seminary, then leaves and rather be drafted, chooses to enlist, and proceeds through the Army’s infantry training cycle of weapons and war tactics, which clash with his years of prayer.

BUY THE BOOK AT AMAZON

Peace is something you have or do not have. If you are yourself at peace, then there is a least some peace in the world”  – Thomas Merton

Tom and his book, Yesterday’s Soldier, make the rounds in the press. 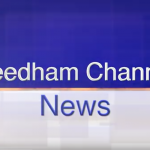 A discussion with Tom about his Vietnam military experience and what eventually led to penning a memoir.

Q & A with The Military Writers Society

Revered veterans and authors share their comments on Yesterday’s Soldier.

Yesterday’s Soldier is a Vietnam War memoir of a different flavor. Packed into this tidy book is the story of a young man’s coming of age in troubled times. The author, after five years of studying for the priesthood in a religious seminary, leaves and is quickly exposed to the Draft. He chooses to enlist rather than be drafted, and proceeds through the Army’s infantry training cycle of weapons and war tactics, which clash with his years of prayer. During his attendance at the Army’s Infantry Officer Candidate School he makes a moral decision: He will wear the uniform and serve anywhere, but in a non-combat role. That decision to be a noncombatant puts him at odds with the Army, his family and his Church. The story is of his transformation from infantryman to conscientious Objector and his experiences in Vietnam. He shares his joys and trials along the way, is definitely worth reading.

Keating describes his war and its effect on him in clean detail. His words are personable, yet direct, and brings you right in to his experience. Skills like his are invaluable, so that we may revisit these important experiences in history.

Firefighter, EMT, and US Marine combat veteran of Iraq

Tom Keating writes with courage and honesty. Not an easy task when you write about things that you don’t want to write about. Wars never end in the mind of those who fight in them. And those around them who witnessed it.

A young, patriotic student who has been studying the priesthood in a Catholic seminary for six years leaves to become an army infantry officer in Vietnam. No, this isn’t the plot to the next Hollywood Blockbuster, this is Tom Keating’s life. The belief in his God and his country inspired him to enlist in the US Army during wartime, but his faith and his ideals caused him to struggle to become a non-combatant conscientious objector. Yesterday’s Soldier is his story of serving in the same combat theater as all the other military men and women. Keating uses real language to tell a very accessible story that will put you in his boots. His words show how the US and Vietnam were worlds apart while having underlying similarities. War, religion, and morality are always in the background of his tales, but they move to the surface every once in a while. His memories show a need for understanding others different than us, and our country needs more of these stories today than ever before.

After high school graduation, Tom lived a semi-monastic religious life for 5 years at the Holy Cross Fathers Seminary in North Easton, MA. Upon graduating from the seminary in 1968, he enlisted in the United States Army and served one year in Long Binh, Republic of Vietnam. He was awarded two Army Commendation medals and the Vietnam Cross of Gallantry among other awards. Tom received his masters in education at Boston University and became a high school Media Studies teacher. A career in corporate media communications followed.

Tom’s writing career includes the writing program for veterans (AGAPE) at Boston College’s Woods College of Advancing Studies. Tom was accepted to the William Joiner Institute’s Writers’ Workshop at the University of Massachusetts, Boston two consecutive years. His non-fiction story “Convoy for the Con Voi” was published in “War Stories 2017”, an anthology edited by Sean Davis, writer, artist, and combat veteran of Iraq. Tom and his wife live in Needham, MA where he is an active member of the Veterans of Foreign Wars, Post 2498, Needham and is committed to assisting all veterans.

The Story Behind the Book

My memoir narrates leaving a religious life in Roman Catholic seminary to become a US Army Infantry Officer in the Vietnam War. I had intended to become an ordained priest after six years of education. I was however surprised by the decision not to advance me to ordination and exposed to the selective service draft as the Vietnam war raged.

The journey begins the day I left the seminary and shares experiences from basic combat training to Infantry Officer Candidate school. It was at Officers Candidate School where I had the hardest decision of my life to make – to become a non-combatant conscientious objector. I survived the Army’s systematic punishment (“the Treatment”) during the long months of waiting for a decision in my case. Meanwhile defying the will of my family, the demands of my church, and facing criminal charges by the US Army. Various incidents and some of the people I dealt with at Fort Benning helped to shape my war experiences. While in Vietnam I spent my time living in the relative safety of a large Army installation typing for generals and taking shelter from rocket attacks while on guard duty. I share stories of personal relations with local Vietnamese, life with rear echelon officers and their quirks, and describe a scary combat experience.

This book is dedicated to all who object to waging war and do the hard work of waging peace.

Introduction
As I write this it has been 50 years since these events in my life occurred. My memory of these events has been with me every day. Some details are sharper than others, some are less sharp, but my emotions are depicted accurately.

The two years I spent in the US Army from 1968 to 1970 were in sharp contrast to the five-plus years I spent studying to be a priest and living a religious life in a Roman Catholic Seminary in Massachusetts. This book is my record of my struggle to find my way from a living a holy life to a life of combat.

Names of people have been changed in some cases, but the places have not. Some of the events depicted I have had to render from memory, and thanks to my own journal, plus letters and photographs saved by my dear wife, helped me in reconstructing the events I described.

I would like to thank Matthew Brennan, a Vietnam Veteran and excellent writer, for his inspiration and encouragements. Matt has written three excellent books recounting his Vietnam war and its effect on him as he returned to civilian life.

I want to also thank Sean Davis, an Iraqi war veteran and writer, who encouraged me to write my memoir when I attended his nonfiction workshop at the William Joiner Institute’s Writers’ Workshop at the University of Massachusetts, Boston.

Thank, also to Roxana Von Kraus, my writing instructor at the AGAPE Writing Workshops for Veterans which I attended at Woods College of Advancing Studies at Boston College in 2018. Roxana provided me with encouragement to pursue completing this memoir.

My thanks to my editor, Catherine Parnell, who is a real professional and knows how to make a writer better, and to my book designer, Christa Johnson, for such a lovely job.

Finally, my thanks and love to my wife Kathleen for her encouragement and patience, and her assistance in making this book happen.